TILLAMOOK, Ore. – A recent die-off of fall Chinook salmon in the Wilson River has prompted fishery managers to close the river to all salmon angling, effective Dec. 7 – 31. The closure is from the confluence with Blind Slough (in tidewater at river mile 0.5) upstream to Jordan Creek. The river upstream of Jordan Creek is already closed to salmon angling by permanent rule. Angling for steelhead is unaffected by this change and remains open under permanent regulations.

Extended low water conditions have led to concentrations of fall Chinook in the lower Wilson River. These conditions are conducive to the spread of cryptobia, a naturally occurring parasite. In response to reports from the public of dead, pre-spawned adult fall Chinook, ODFW surveyed the lower river earlier this week. A minimum of 200 dead adult Chinook were discovered. Evidence of scavenging and deeper holes with limited visibility likely means the number of mortalities is higher than observed. Examination of Chinook carcasses by ODFW Fish Health staff confirmed the presence of cryptobia.

The closure is necessary to protect remaining fall Chinook adults to allow them to reach spawning grounds, according to Robert Bradley, district fish biologist for ODFW’s North Coast Watershed District.

“The fall Chinook run is below average to begin with this year, so this substantial loss of fish could affect recruitment of fish for future years,” said Bradley. In addition, current river conditions are expected to continue for at least a week, which is likely to contribute to further loss of potential Chinook spawners from the parasite. Although cryptobia is present in other basins, no substantial mortalities have been observed in other rivers on the north coast to date. 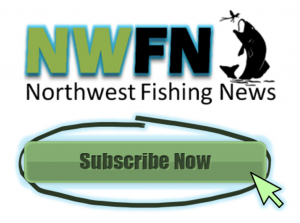